Free shipping on any purchase of 75$ or more! 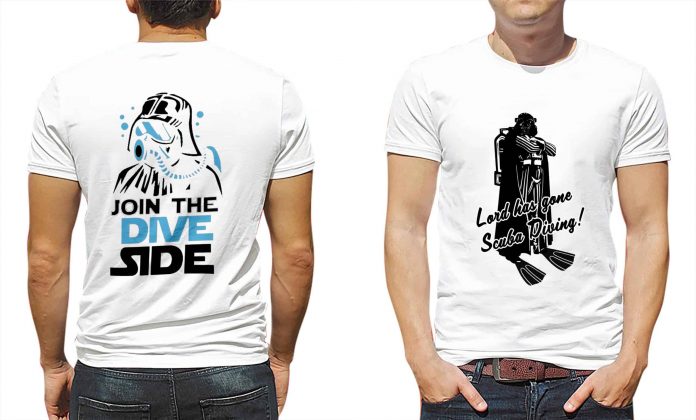 So thats almost the end of an amazing week here in the small town of Pondicherry!! This week had its highs and lows. By lows, we mean that we did not get to go diving for three whole days. Can you imagine? You could see everyone at the DC with sad faces roaming around, wishing for a wind from Chennai to bring in some divers. Everyone was hovering around the booking guys, hoping for them to give us some good news. And well did they bring some, with 29 DSDs for today!!
But, hey Sunday is the last day of the week!! Lets start with Monday, shall we 🙂 LN Ajoy did his last two PADI Sidemount Speciality Dives with Jonah, and Das joined them for a fun dive. We had Rishabh complete the PADI Peak Performance Buoyancy speciality as well. He managed to pass the Jellyfish minefield test at Danny’s with very little scars 😛 And cheers Ajoy, you are now part of the elite Sidemount group, and you were looking great with the Scubapro X Tek Harness on.

They found out a really awesome thing to do off Temple Reef. Drift!! And, the stuff they found was absolutely amazing. You can see it in the video for yourself:

We had the Hindu New Year on Tuesday, and we celebrated it with around 12 DSD who joined us for some underwater fun. There was a rumour going around about the Tec Boys going out exploring the mythical Blue Hole , and then the Wall and then all we saw were their sad faces 😛

The ‘ghost diver of Pondy’ was again spotted in the Scubatcave. Reportedly he went shopping at ADEX, and brought some awesome cool toys with him. One of them as a Scubapro Galileo test computer. And that did it for Jonah. A tec drift dive off Temple was planned and the Jonah and Das were spotted with stage bottles and tens of thousands of gadgets and bananas? To be fair, they stayed two hours underwater 😛

Meanwhile Aravind decides that it was a long time since he did something cool (didn’t he just rescue the Chennai Coast Guard boat a month back?). Oh well. He got into the pool at 11:30 AM and got back out of it only after 8:00 PM training 22 DSDs!! Thats a new record Sir!!

Sunday, we had all of them go out to the Temple with perfect conditions, 25m viz and fun people all around. Overall it was amazing fun this entire week, and we hope the next one is going to be even better 🙂 Stay tuned.

E-mail, call or chat with us: